What is “Sustainable IT?”

Sustainable IT, Green IT or Resource Efficient IT in the first instance is about keeping your costs down. More fundamentally it is about minimising the use of expensive resources such as IT hardware and energy, about reducing your organisational carbon footprint and improving your environmental credentials. 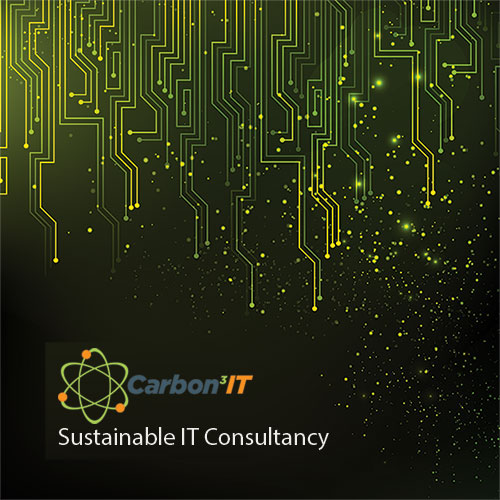 IT is not a sustainable activity; raw materials are extracted from the Earth to create IT components, some of them in conflict zones or utilising extraction techniques that cause harm to plant and animal life, as well as destruction of habitat.
When we've finished using IT, we normally throw it away, so it goes into landfill, leaching toxic elements into the soil or it gets recycled and could potentially end up in developing nations where environmental controls are not as strong as in the UK/EU.

IT is just NOT Green and it gets worse as we delve further into the mire. Most power stations provide dirty energy, it's dirty because it uses fossil fuels. It has been estimated that IT is responsible for 2.5% of the world's carbon emissions. Figures released from the EU suggest that just for Data Centres, the energy consumption in the EU is equivalent to that in the whole of Portugal.

Since the Industrial Revolution in the 17th Century, carbon has been released in greater and greater quantities every year, and it is now commonly acknowledged that we face global warming due specifically to the activities of humans.

No one knows what the eventual outcome will be, but already we've seen the extent of summer arctic ice cover reduce, glaciers retreating and disappearing, strange or extreme weather occurrences and in the UK more extremes of wet, heat or cold. The most likely outcome is that sea levels will rise and weather events will worsen, leading to land use changes, flooding, and habitat change.

Using a Resource Efficient IT consultancy to provide Sustainable IT services will reduce your costs, supplement any Corporate Social Responsibility programme with tangible results, prepare your business for any future regulatory or legislative changes, protect against the energy gap and price increases and impact your bottom line.